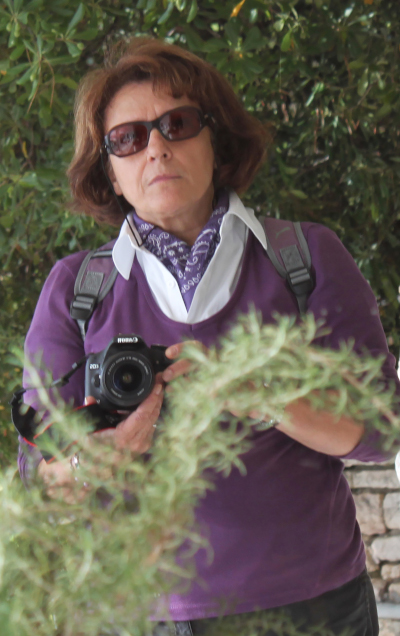 She has collaborated for several years with publishers and ENIT for the diffusion of Italy’s image.

Since 1992 she has been teacher of Photographic Language and Visual Perception at the European Institute of Design in Rome.

She has held seminars in History and Photographic Language at the Faculty of Literature and Philosophy of the University of Trieste in 2005-2006.

She has curated, for some years, exhibitions of various photographers in Rome, Orvieto and Trieste.
In 2006 she designed and produced the DVD Le Rose di Ravensbrück – Storia di deportate italiane, a story-document of the Ravensbrück women’s lager produced by the Fondazione Memoria della Deportazione.

The video, as well as in many Italian cities, was presented in Berlin, Paris, Vienna and Budapest.

Since 2007 she has been taking care of the photography section of the cultural magazine www.filidaquilone.it with particular attention to the photographic production of new authors.

In 2010 he created the photographs for the book Dodecapoli by writer Laura Ricci (Dodecapoli project), a multi-writing project whose presentation, in the cities protagonists of the stories, was accompanied by the exhibition of images.

In 2012 she produced the photographs for the website www.inorvieto.it, and made the video “Orvieto, intensely simple“.

The theme of the history of the first half of twentieth century, to which she has been dedicated for some years now, has become predominant in her activity, also following international assignments relating to the conservation and dissemination of Memory.

On this theme she has held several meetings on “Photographing History as an Instrument of Memory”.

In 2015, on the occasion of the 70th anniversary of the Liberation, she published, “Ravensbrück il Lager delle donne“, produced by ANED, published by Punto Marte Editore, a photographic book on the Nazi lager as a reflection on the relationship between places, time and history.

In 2018 she created the historical documentary exhibition, with its catalogue, “It wasn’t right to do nothing” dedicated to the Baroncini family of Bologna, who paid a very high contribution to the Resistance fight against Nazi-Fascism.